The Hero of the Two Worlds

“Marie-Joseph Paul Yves Roch Gilbert du Motier, Marquis de La Fayette (6 September 1757 – 20 May 1834), known in the United States simply as Lafayette, was a French aristocrat and military officer who fought in the American Revolutionary War, commanding American troops in several battles, including the Siege of Yorktown. After returning to France, he was a key figure in the French Revolution of 1789 and the July Revolution of 1830.”1 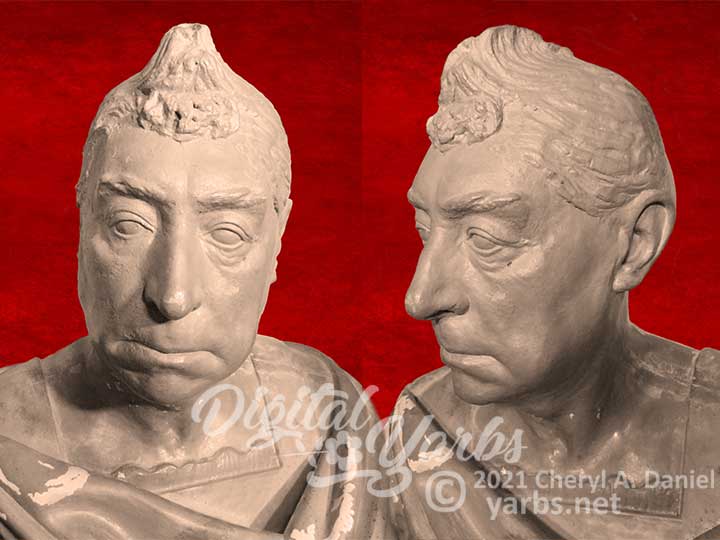 “GILBERT MOTIER DE LA FAYETTE, who had fought side by side with Washington at Brandywine and at Yorktown, made his third and last visit to the United States in 1824. Landing at Castle Garden, in New York, on August 15th of that year, he set sail thirteen months later, on September 7th, 1825, to return to France, in the frigate Brandywine. He came as the invited guest of the nation, and during his sojourn here traveled over the whole country, visiting each one of the twenty-four States and receiving one continuous ovation.

At the request of the Common Council of the city of New York, La Fayette permitted Browere to make a cast of his head, neck and shoulders on July 11, 1825. For this purpose La Fayette visited Browere’s workshop, in the rear of No. 315 Broadway, New York, accompanied by Richard Riker, Elisha W. King and Henry I. Wyckoff, a committee of the Common Council. The composition had been applied and had set, and Browere was about taking it off, when the clock struck, and one of the committee remarked that the hour for the corporation dinner in honor of La Fayette, and which he was to attend, had arrived. “Sacré bleu!” said La Fayette, starting up, “Take it off! Take it off!” which caused a piece to fall out from under one of the eyes. This accident, which necessitated a second sitting, led to some interesting correspondence.

We have just been to see your bust by Mr. Browere and have pleasure in saying it is vastly superior to any other likeness of General La Fayette, which as yet has fallen under our inspection. Indeed it is a faithful resemblance in every part of your features and form, from the head to the breast, with the exception of a slight defect about the left eye, caused by a loss of the material of which the mould was made. This defect or deficiency Mr. Browere assures us, and we have confidence{65} in his assertion, that he can correct in a few minutes and without giving you any pain, provided you will again condescend to his operations, for a limited time. We should much regret that this slight blemish should not be corrected, which if not done will cause to us and to the Nation a continued source of chagrin and disappointment.

Most truly your Friends 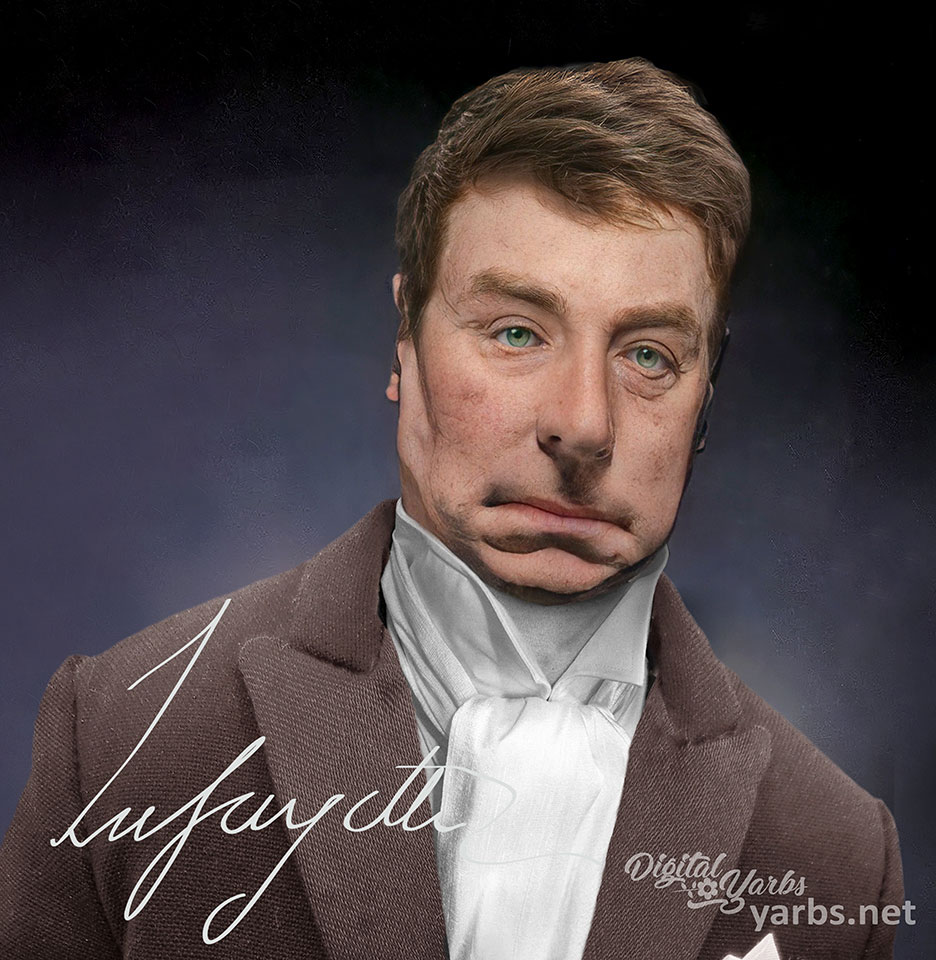 This letter was followed two days later by the following to Browere:

Every exertion has been made to get General La Fayette to spend half an hour with you, so the eye of his portrait bust be completed, but in vain. He has not had more than four hours each night to sleep, but has consented that you may take his mask in Philadelphia. He left New York this morning at eight o’clock and will be in Philadelphia on Monday next, where he will remain three days. It you can be present there on Monday or Tuesday at furthest, you can complete{66} the matter. He has pledged his word. This arrangement was all that could be effected by

P. S. Previous to going get a line from the Recorder or Committee.

Upon this letter Browere has endorsed:

Note.—The subscribing artist met the General on Monday, in the Hall of Independence, Philadelphia, and Tuesday morning [July 19, 1825] from seven to eight o’clock was busy in making another likeness from the face and head of the General. At 4 P.M. of that day he finished the bust under the eye of the General and his attendant, and had the satisfaction then of receiving from the General the assurance that it was the only good bust ever made of him.

The result of the second trial was a likeness so admirable and of such remarkable fidelity, that General Jacob Morton, Rembrandt Peale, De Witt Clinton, S. F. B. Morse, John A. Graham, Thomas Addis Emmet and others, came forward and enthusiastically bore witness to its being “a perfect facsimile” of the distinguished Frenchman. The written commendations of Peale and Morse are notably interesting as the views of two brother artists, each of whom had painted a portrait of La Fayette. Rembrandt Peale, widely known by his composite portrait of Washington, writes: 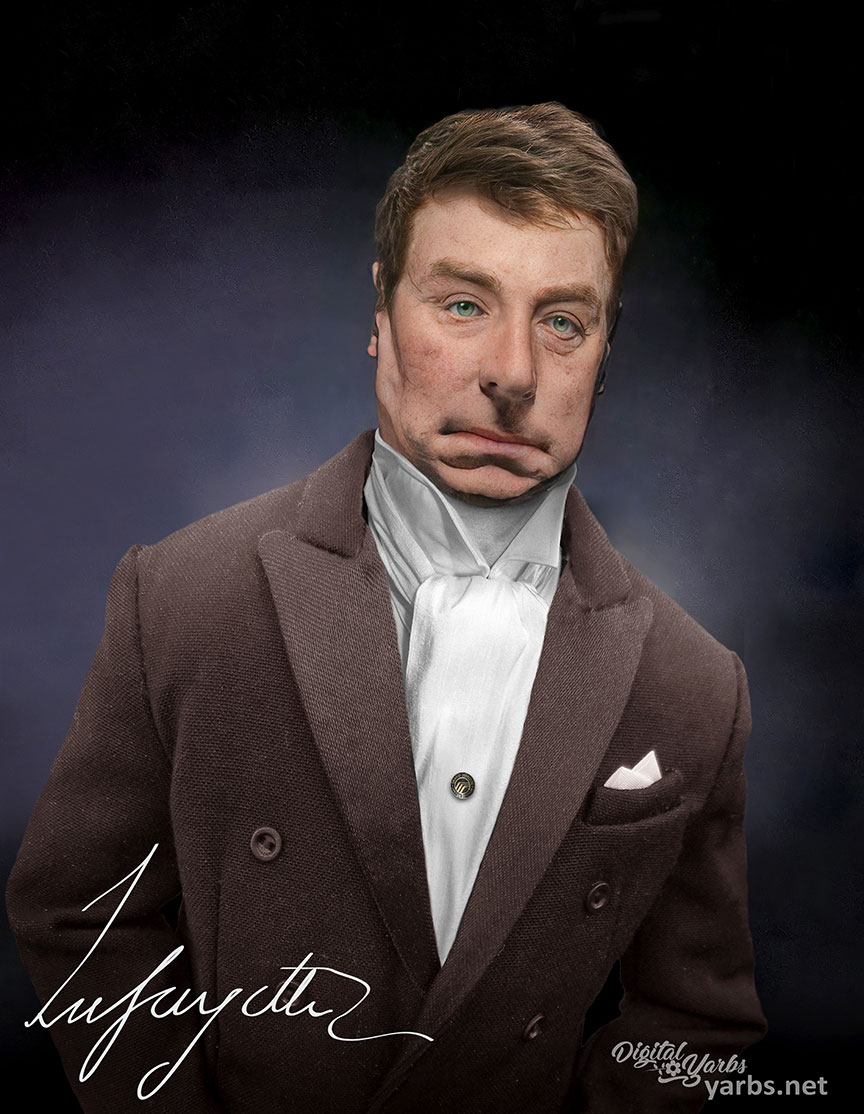 Photoshop reconstruction of the life mask of Marquis de Lafayette

“His mind was early imbued with an ardent love of freedom. It is not known whether his study of English writers who were friendly to civil liberty, or an eager curiosity to learn the merits of the dispute between Great Britain and the American colonies, lead him first thus to take a deep interest in favor of our independence. That controversy excited the attention of statesmen on the continent of Europe as well as in England. It has been said that he was acquainted with some distinguished English characters in 1776, from whom he learnt the situation of America, and the object of our revolution. In the latter part of this year, he applied to SILAS DEANE, our agent then at Paris, for information, and encouragement in his plan, already adopted, of rendering his personal service to the cause of America. While he was at Paris, (Dec. 1776) with these views, Dr. FRANKLIN arrived. The intelligence, received from him respecting our situation and prospects at that period, was of a nature to discourage any one, who had not cherished the most enthusiastic and resolute purpose to engage in our behalf. Our almost desperate condition seems only to have increased his zeal and devotion to the interests of America. “Hitherto, said he, I have only cherished your cause; I now go to serve it personally.” He believed our cause to be just. He considered it the cause of civil liberty; and gloomy as was the prospect, hazardous as was the enterprise, he was determined to support it at the risk of life itself. In his situation, the privations and sacrifices to be made and endured were incalculably great. It is indeed a singular instance of an heroic enterprise for the good of mankind.”

The singular excellence shown by Mr. Browere in his new method of executing Portrait busts from the life deserves the applause and patronage of his countrymen. The bust of La Fayette, which he has just finished, is an admirable demonstration of his talent in this department of the Fine Arts. The accuracy with which he has moulded the entire head, neck and shoulders from the life and his skill in finishing, render this bust greatly superior to any we have seen. It is in truth a “faithful and a living likeness.” Of this I may judge having twice painted the General’s portrait from the life, once at Paris and recently at Washington.

Samuel Finley Breese Morse was, at the period of which we write, an artist of some reputation as a portrait-painter, and he was under commission, from the corporation of New York, to paint a whole-length portrait of La Fayette for the City Hall, where it now hangs. Its chief interest is as a study of costume; for if Browere’s bust is “a perfect facsimile” of La Fayette’s form and features, true to life, Morse’s portrait is a caricature. That Morse was destined to greater ends than painting mediocre portraits, was shown, a decade later, by his invention of the magnetic electric telegraph, a discovery of such importance that while millions of human beings know Morse the inventor, not a dozen perhaps ever heard of Morse the painter. He damns his own portrait of La Fayette by the following commendation of Browere’s bust:

Being requested by Mr. Browere to give my opinion of his bust or cast from the person of General La Fayette, I feel no hesitation in saying it appears to me to be a perfect facsimile of the General’s face.

Below are images showing the reconstructed life mask of Lafayette with known paintings. 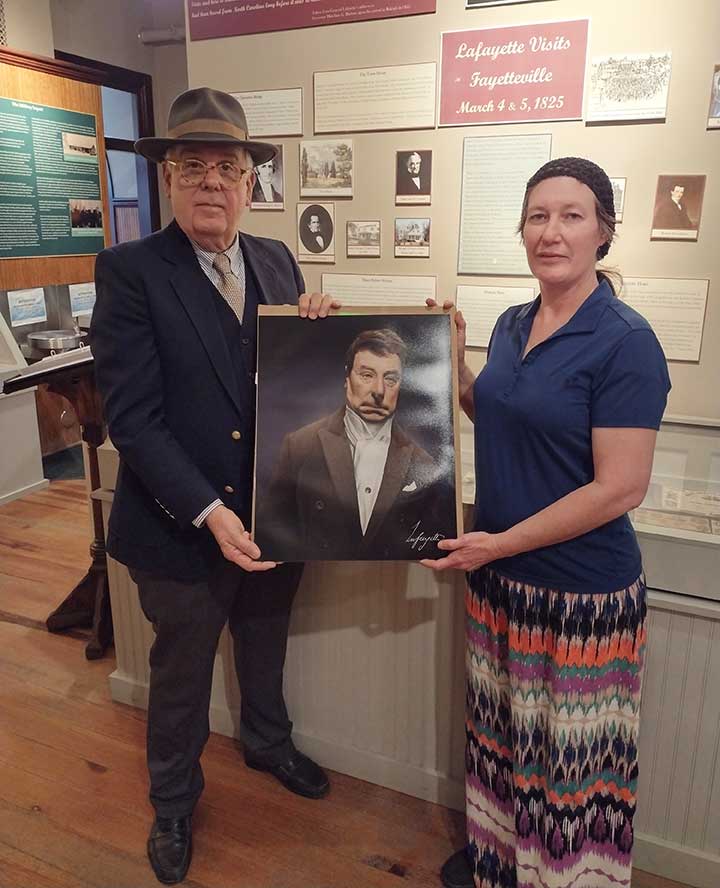 Bruce Daws, historic properties manager and city of Fayetteville historian accepts Digital Yarb's life mask reconstruction portrait of Marquis de Lafayette. The portrait is on public display at the Fayetteville History Museum, 325 Franklin Street Fayetteville, N.C. 28301 as part of the "Lafayette Visits Fayetteville" exhibit. Fayetteville, N.C. was the first municipality named for Lafayette (1783) and the only one he visited (1825).