6th U. S. President John Quincy is perhaps my favorite president, though most of his accomplishments were after his presidency, particularly against slavery. Adams once reportedly stated, “The four most miserable years of my life were my four years in the presidency.” As a congressman, Adams said that he took delight in the fact that southerners would forever remember him as “the acutest, the astutest, the archest enemy of southern slavery that ever existed.”

It has been suggested that John Quincy Adams had the highest I.Q. of any U.S. president. Dean Simonton, a professor of psychology at UC Davis, estimated his I.Q. score at 175.1 Adams spoke and wrote seven languages by the age of ten. Adams also became a leading force for the promotion of science. As president, he had proposed a national observatory, which did not win much support. Adams became Congress’s primary supporter of the future Smithsonian Institution. He also translated a copy of the New Testament Bible from Greek to English.

Quite a resume for “Old Man Eloquent.”

John Henri Isaac Browere made the plaster cast of John Quincy Adams while he was President in 1825.

The president requests me to state to Mr. Browere that he will be able to give him two hours tomorrow morning at seven o’clock at his (Mr. Browere’s) rooms on Pennsylvania Avenue. He is so much engaged at present that this is the only time he can conveniently spare for the purpose of your executing his portrait bust from life.

J. I. Browere’s “work achieved a stark realism uncommon in that day. His plaster busts showed the age-lined brow, the pock-marked face; his subjects appeared as they were, not as artists generally portrayed them. His life masks were, and remain, the most authentic likenesses of some historic figures who lived in a day before photography provided more easily obtained but similarly uncompromising portraits.”3 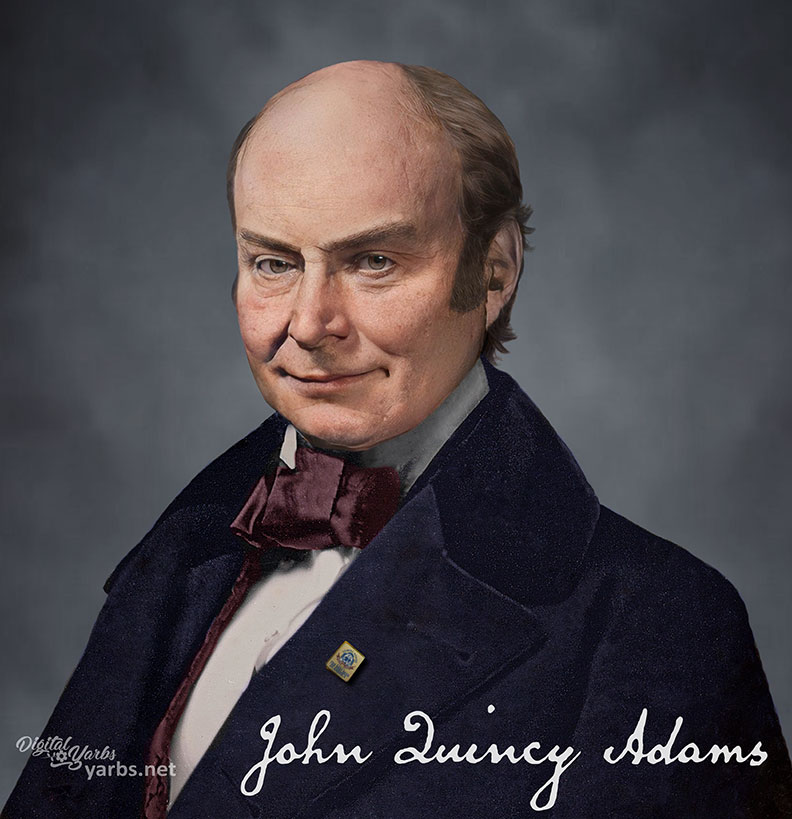 “Adams was 5 feet 7 inches tall and weighed about 175 pounds. He had penetrating black eyes.”4 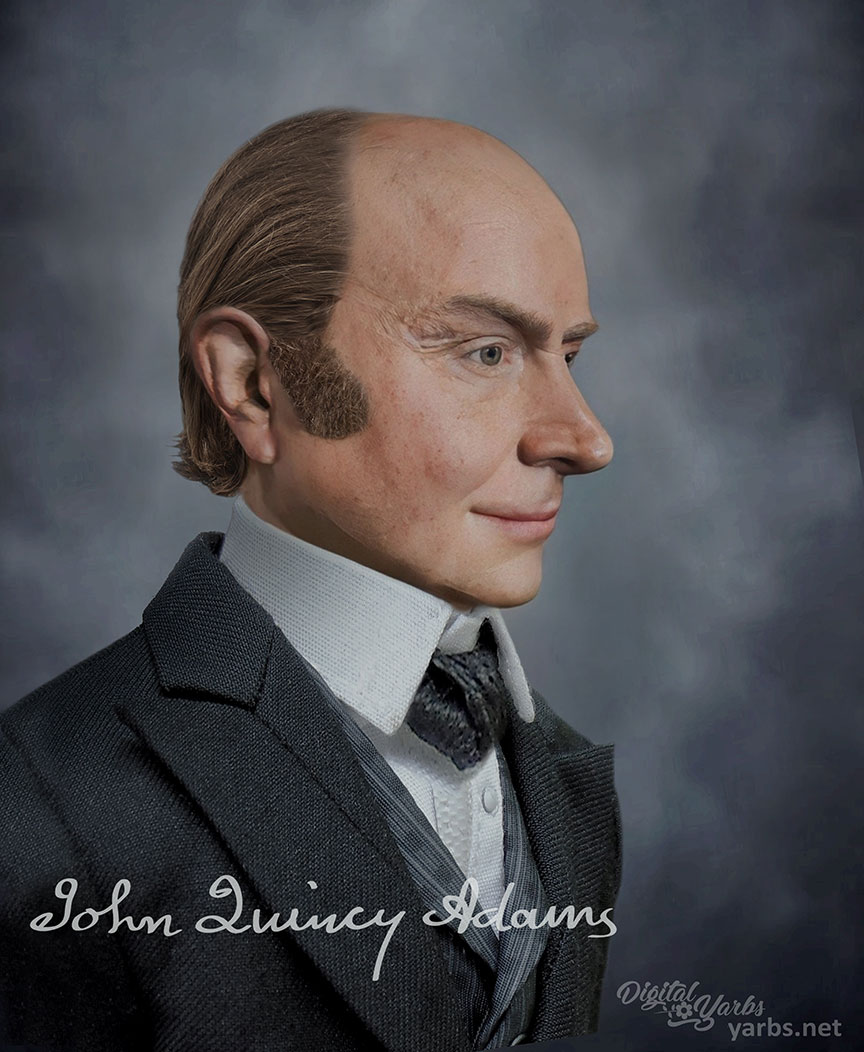 At the time of his life mask casting, Adams was 58 years old. The reconstruction shows Adams as he appeared when he was President with brown hair and no sideburns, or mutton chops as they were called in his time. 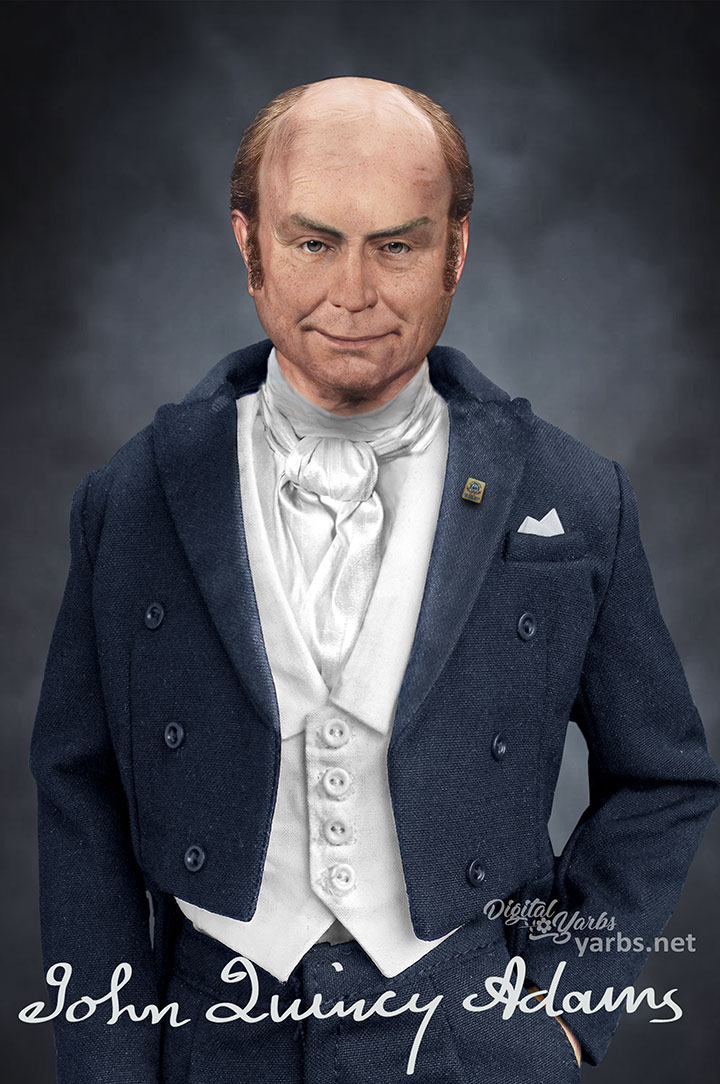 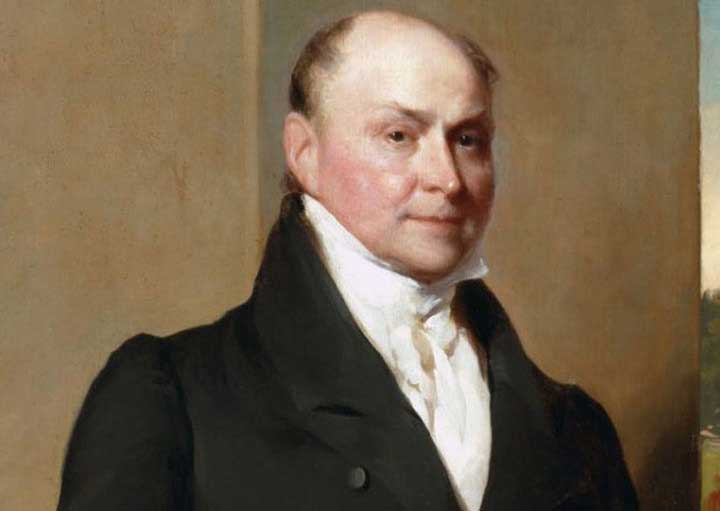 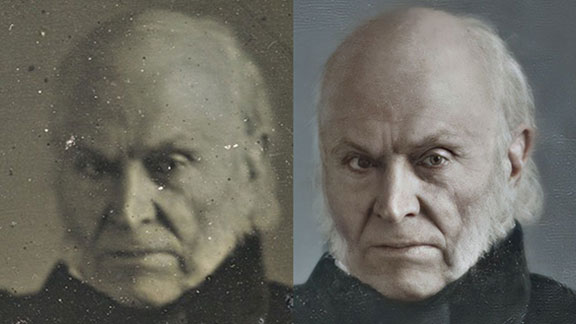 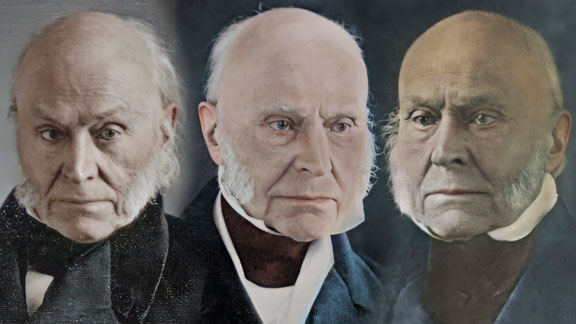 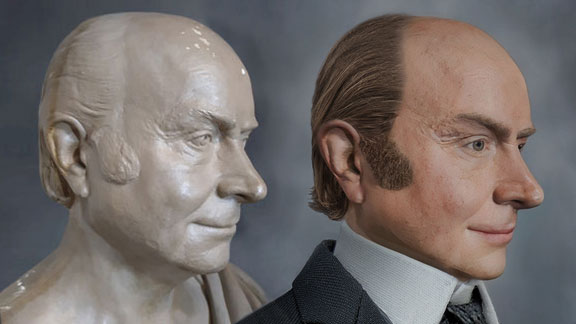 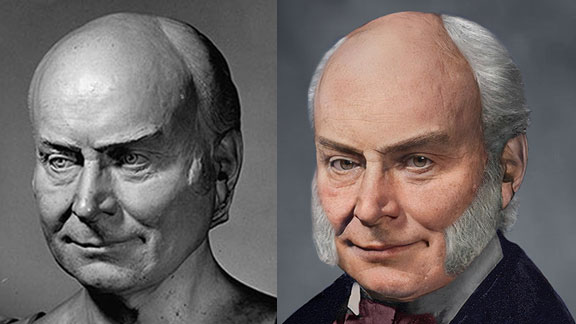 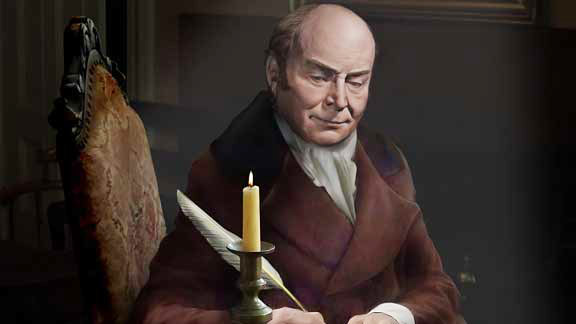 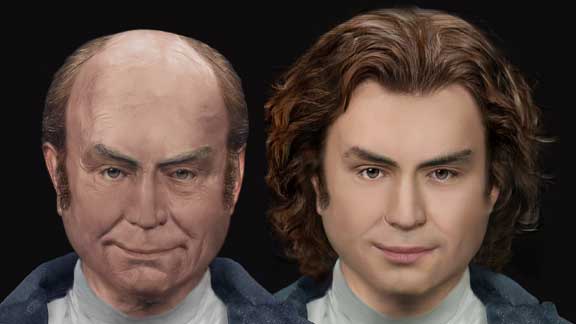 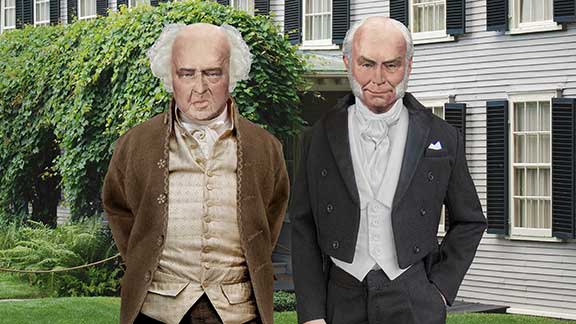 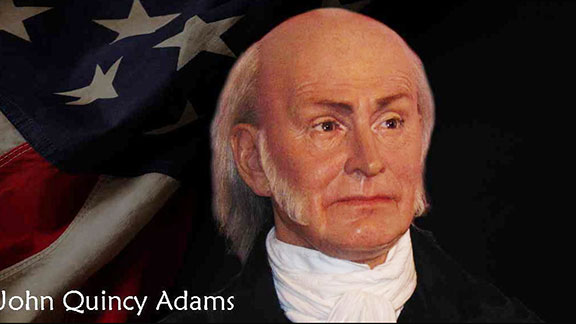