A Photograph Reconstructed with Photoshop and AI

Using Photoshop and select AI (artificial intelligence) tools, I have created a new portrait of my 4th great-grandfather, Jackson Chaney (1817-1894) based on a photograph taken circa 1888. This new portrait is not just another colorization of a black and white photograph but a reconstruction featuring a rotation to a face-forward view of Jackson who is also now donning modern attire.

For example, the original photograph of Jackson shown below is lacking in detail and gives me little to go on with respect to his hair. Sadly as much as I hated to do it, I had to take a little artistic license and interpolate his hairline on top. To arrive at where I did I didn't just guess at it blindly. However, I based his hairline on his grandson’s and his 2nd-great-grandson’s (my grandfather) hairlines, both of whom favored Jackson. While we will never know for sure I chose blue for his eye color because blue eyes are prevalent in the Chaney family based on a family historian's information. So even when artistic license was required it was done based on known family traits. 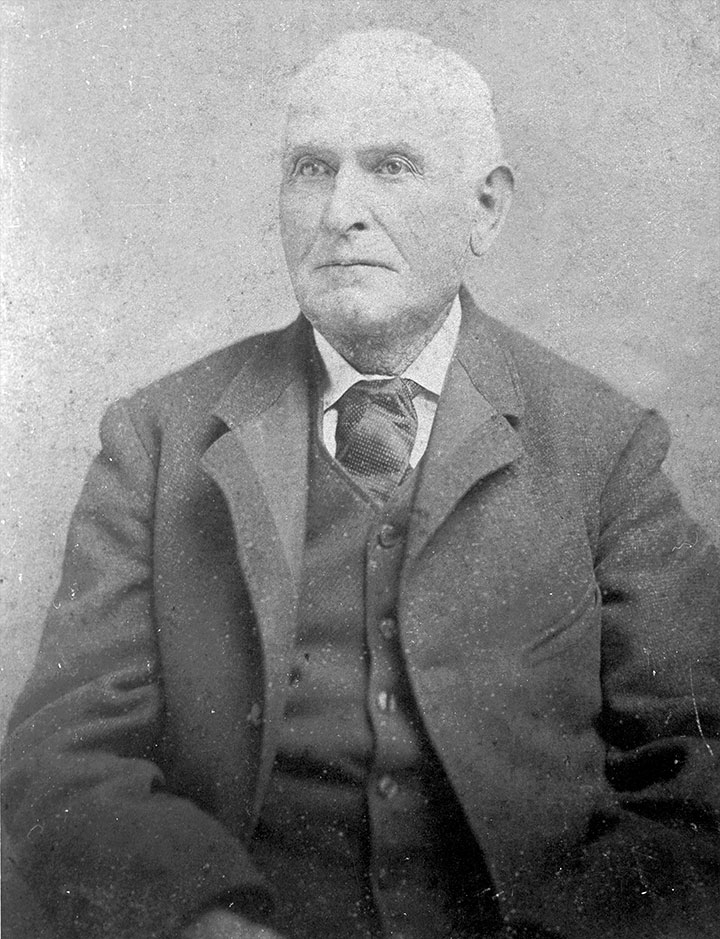 The image below shows Jackson now facing the camera in a modern suit. The AI didn't render his face as well as I would have liked. Therefore, I had to make quite a few facial adjustments in Photoshop to match the original facial structure. 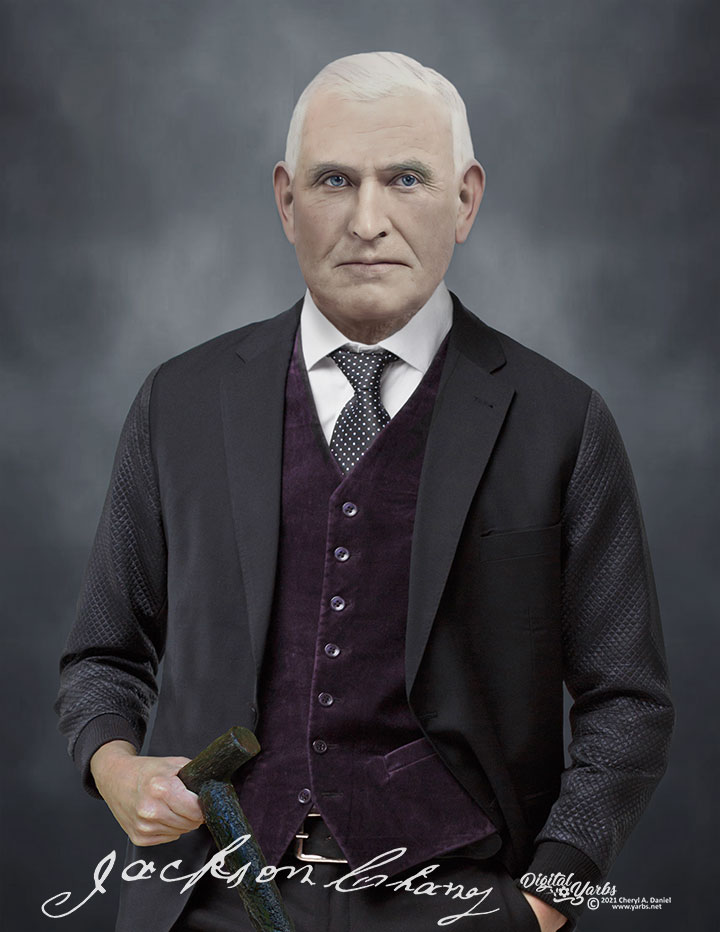 The image below shows the process from orginal image to colorization to AI render and more Photoshop touch up. 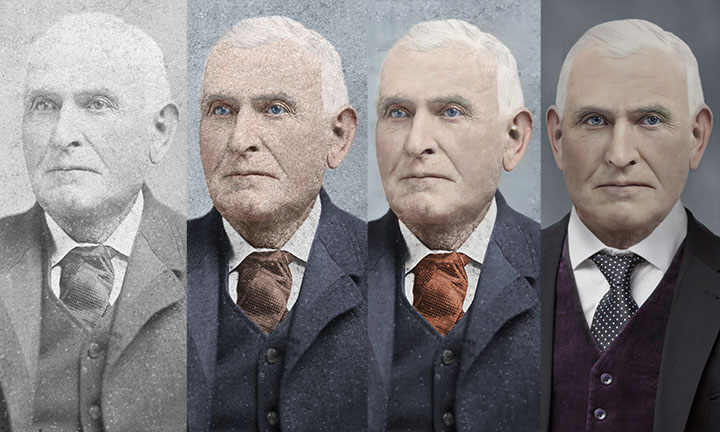 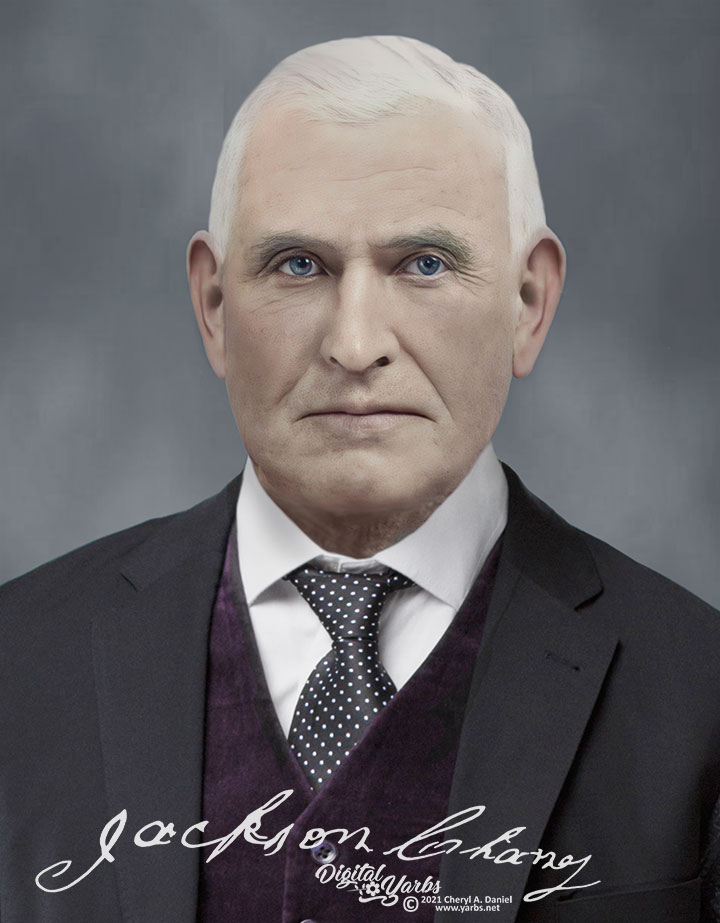 According to the 1907 writings of Henry Watson Chaney, "Jackson was a farmer by occupation. He lived to be a very old man and died on the place owned by him at the time of his death, which is two and one-half miles southeast of Laurel Grove, Pittsylvania County, Virginia. Jackson never united to any church, though his sentiments were with the Old Primitive Baptists. The writer of this has often seen him at Old Mill Meeting House."

You by request will please publish in Zion's Landmark, the death of our kind old friend Mr. Jackson Chaney, who died at his home near Laurel Grove in the Co. He was born July 16th, 1817, and departed this life Feb.15th 1894. He never joined any church or organization of men, told me he was not fit to be a member of the church, and had no use for institutions of men; also he told me he had a hope for a good many years. All who knew him could but admire him as a good man. He was so quiet, you remember brother Gold, you asked him once if he ever got mad. He was a good neighbor and kind father. He left eight children, seven daughters and one son to mourn his loss, also a goodly number of grand children; but their loss is his eternal gain I believe.

Fear not children, he is at home
Where you shortly hope to go,
When you reach that happy shore
All your sorrow then will be over. Asleep in Jesus, blessed sleep
From which none ever wake to weep.
Yours in hope.
Thomas N. Walton

For relatives and descendants of the Chaney Family, high resolution downloads of the Jacskon Chaney images are available below for non-commercial use. The downloads are in TIFF format at 300dpi resolution suitable for prints. Click on the thumbnails images below to download full size images. 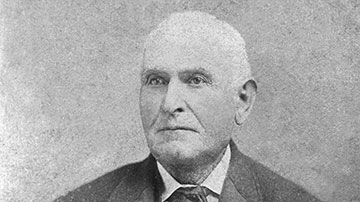 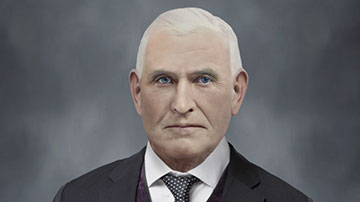 More images are available at the DOWNLOADS page.

See my tutorial, Photoshop: Colorizing and Changing A Facial Angle.