“François-Marie Arouet (21 November 1694 – 30 May 1778), known by his nom de plume Voltaire, was a French Enlightenment writer, historian, and philosopher famous for his wit, his criticism of Christianity—especially the Roman Catholic Church—as well as his advocacy of freedom of speech, freedom of religion, and separation of church and state.”1

“Voltaire was a versatile and prolific writer, producing works in almost every literary form, including plays, poems, novels, essays, histories, and scientific expositions. He wrote more than 20,000 letters and 2,000 books and pamphlets. He was an outspoken advocate of civil liberties, and was at constant risk from the strict censorship laws of the Catholic French monarchy. His polemics witheringly satirized intolerance, religious dogma, and the French institutions of his day.”2 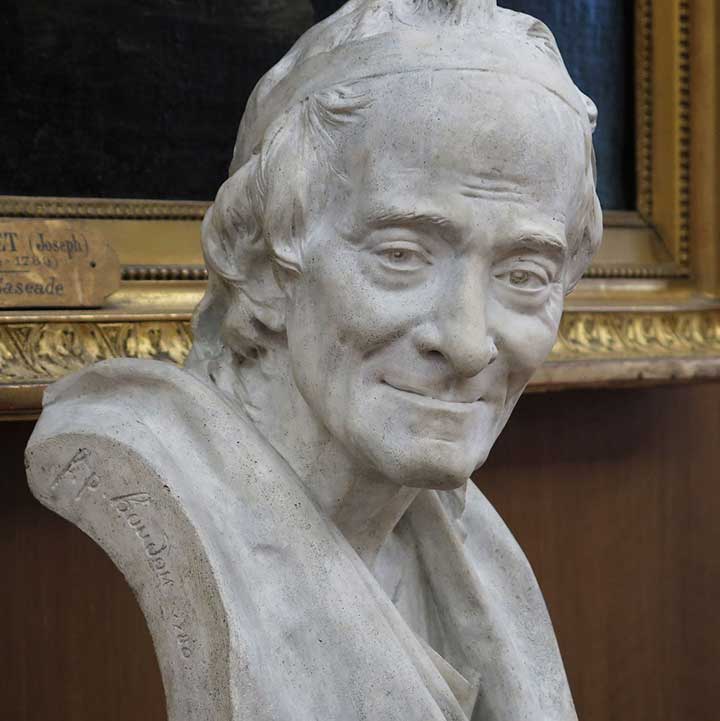 “The last twenty years of Voltaire’s life were spent in partial exile at his estate at Ferney, near the Swiss border. In February 1778 he came back to Paris where he sat for Houdon, who took a life mask. Houdon made an array of variations, which were immediately popular, including a seated version and a bust. Art historian H. H. Arnason called the bust of Voltaire “one of the most famous if not the most famous portrait sculpture in history.”4 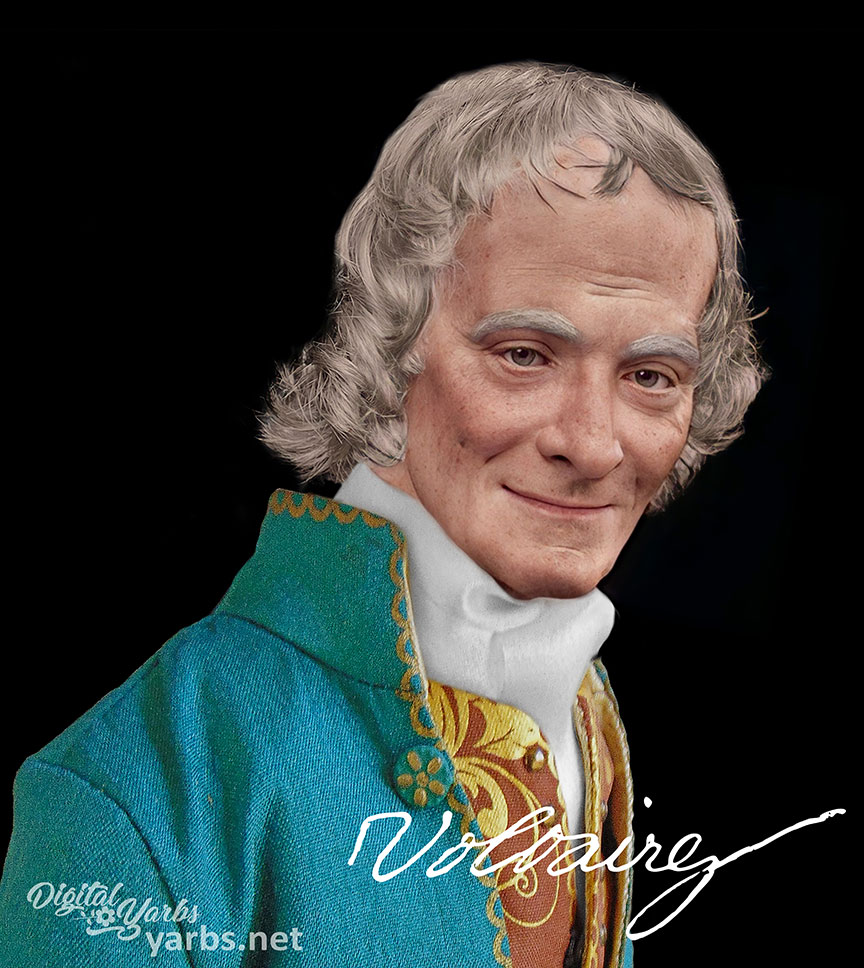 “Voltaire sat for Houdon several times before the exertion and excitement of his journey took their toll; he died on 30 May 1778.”5 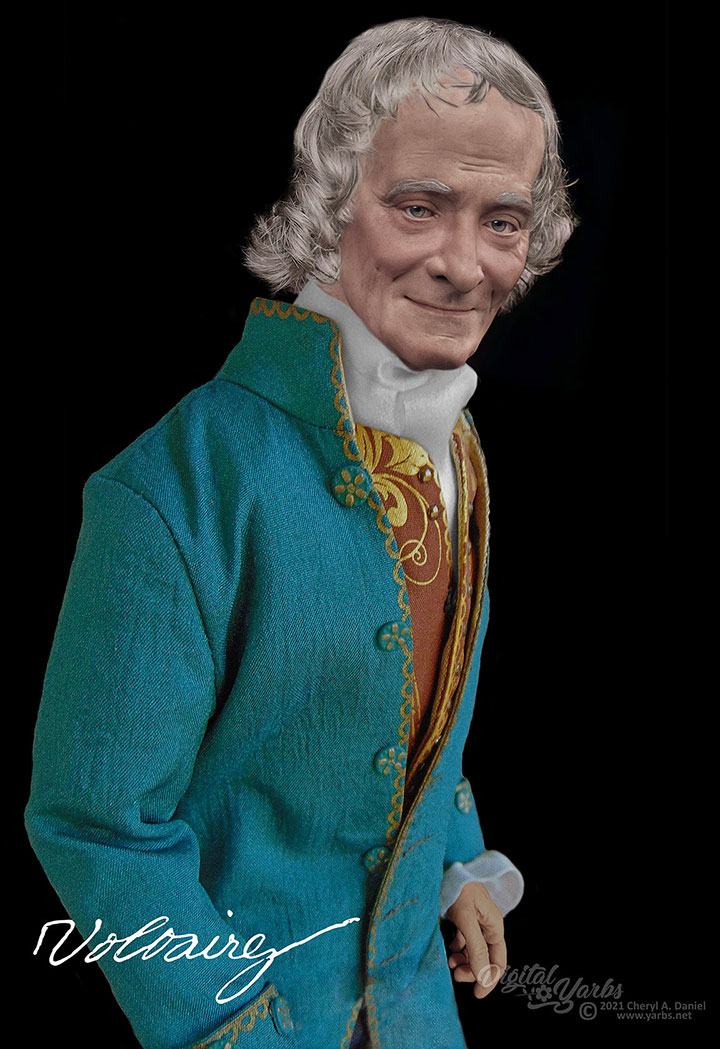 The first four images below are known paintings of a younger Voltaire. The last picture shows the life mask of an 84-year-old Voltaire. I was unable to find written documentation of Voltaire’s eye and hair color. Judging from his paintings, I assumed that his eyes were brown, and considering his age at the time of the life mask; I also assumed that his hair and eyebrows had naturally grayed.

Portraits of Voltaire compared to his life mask.