“Thomas Day (1801-1861) was a free black furniture craftsman and cabinetmaker in Milton, Caswell County, North Carolina. Born a free black man in Dinwiddie County, Virginia, Day moved to Milton in 1817 and became a highly successful businessman, boasting the largest and most productive workshop in the state during the 1850s. Day catered to high-class white clientele and was respected among his white peers for his craftsmanship and work ethic. Day came from a free and relatively well-off family and was privately educated. Today, Day’s pieces are highly sought after and sell for high prices; his work has been heavily studied and displayed in museums such as the North Carolina Museum of History. Day is heralded in modern society as an incredibly skilled craftsman and savvy businessman, specifically in regards to the challenges his race posed to his success in the Antebellum South.”1 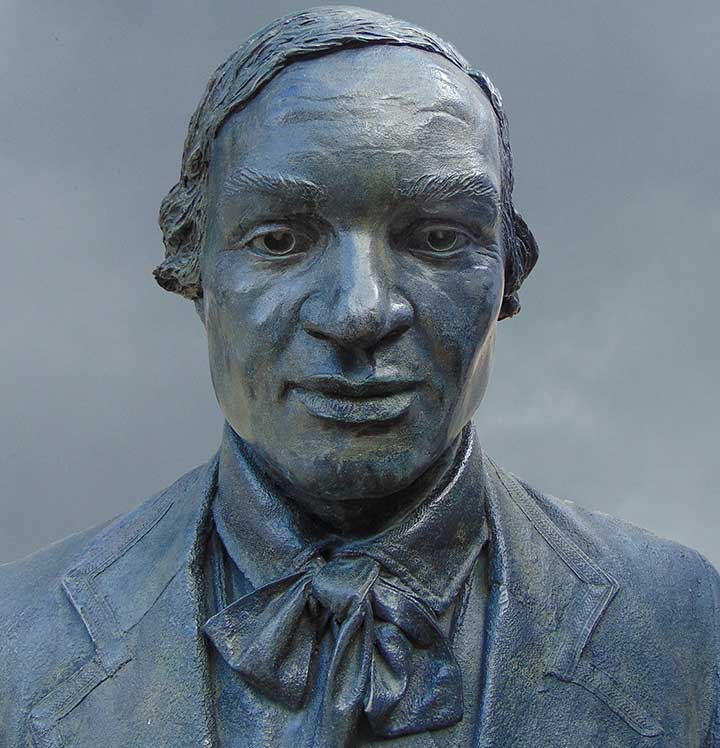 Statue of Thomas Day located at the North Carolina Museum of History.

Day came from educated and well-to-do parents. His mother, Mourning Stewart, was the daughter of a free mulatto who owned some 800 acres of land as well as slaves. His father, John Day, was the son of a white woman from South Carolina, who was sent away to a Quaker community to have her child. Because he was born free, John Day was required by law to learn a trade by the time he was 18, in this case cabinetmaking. Day, then, settled with his wife and two sons—Thomas and John, Jr—in Petersburg, Virginia, a community of free people. The family eventually relocated to North Carolina. With his father’s tutelage and training, Thomas Day set up his own shop in 1827 in Milton, North Carolina.2

“….Being a black cabinetmaker was a rarity–96 percent of the cabinetmakers in the state were white…….According to Renwick Gallery chief Robyn Kennedy, ‘He was a very astute businessman.’ In addition to owning his own workshop and fields to supply timber, Day also employed roughly 14 workers and owned slaves. He sought to compete with cities like Philadelphia and New York and established a reputation for his output. Even when he represented 11 percent of the state’s furniture market, he never lost his unique artistic flair that kept customers asking for more. Governor David S. Reid, for example, ordered no fewer than 47 pieces from Day.3

Many free blacks in North Carolina owned slaves and experienced capital success as Day did; it was the combination of Day’s landowning status, his mulatto race, his education and business prowess, and his free black status that led to his success, while his exquisite craftsmanship and respectful customer service set him apart from other free black businessmen.4 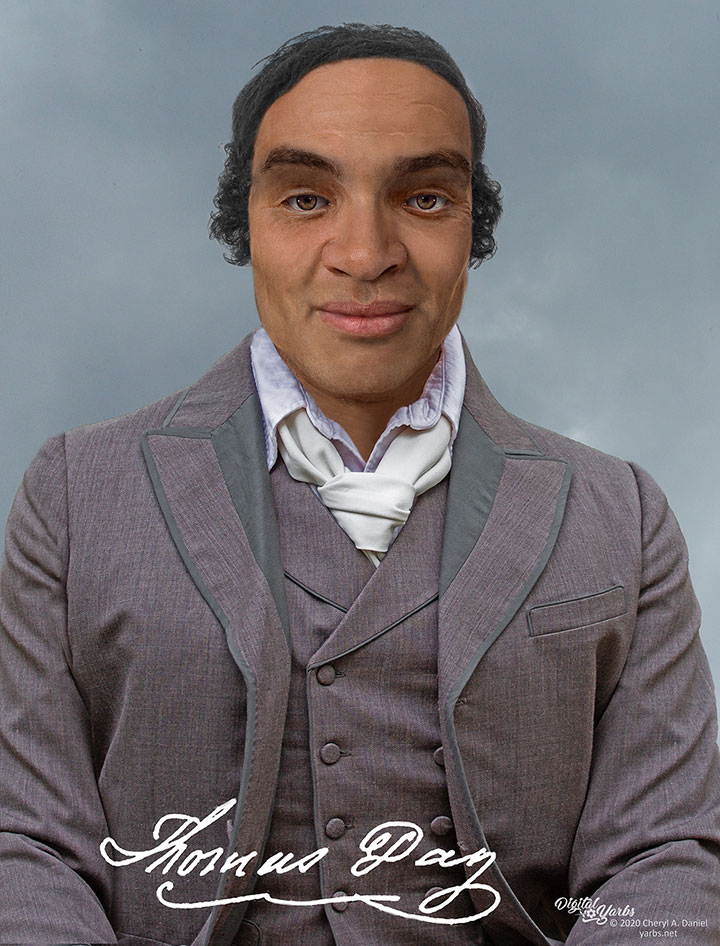 Transition images of the Photoshop reconstruction.

Much of Day’s capital success and high social status is attributed to his skill in crafting beautiful furniture that his customers sought after; owning a Day piece, with its artful mastery, would confer a symbol of status on a family by demonstrating they had wealth to purchase a luxury good from a skilled artisan workshop. Day tended to employ popular urban styles for the basic design of his pieces, and then add to these designs by improvising his own motifs and style. He most often worked with imported mahogany, and sometimes placed mahogany veneers over structures made from woods of less quality or expense, such as yellow pine or walnut. Thomas Day and his workshop produced various types of furniture and practical pieces, such as wardrobes, bureaus, coffins, commodes, and lounges, as well as created architectural woodwork for wealthy homes in the Milton region.5

Today, Thomas Day is remembered as a skilled craftsman who instilled his own sense of style into popular designs to create highly unique furniture and architecture. Since his death, especially following the Civil War and throughout the 20th century, Day was recognized for his perseverance, talent, and ambition in spite of his race and social situation.6

Day is the only documented American cabinetmaker to offer clients both architectural elements for their Greek Revival homes and furniture incorporating the same classical motifs. To date, woodwork in about eighty homes in rural North Carolina and Virginia has been attributed to Day.7