When one thinks of eighth U.S. President Martin Van Buren thoughts of unkempt hair and massive side burns might come to mind as shown in the following photograph of Van Buren. 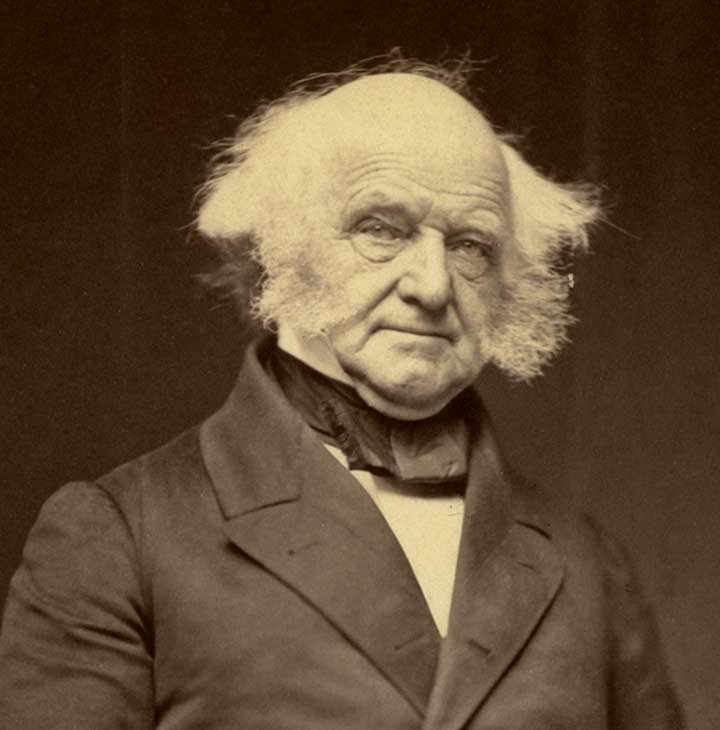 However, in 1833 when Martin Van Buren was vice-president of the United States, his hair was still brown and he presented a more groomed appearance.

"The latest work that we have from the hand of Browere, is the bust from the life mask of “the Little Magician,” as Martin Van Buren was called, made in 1833, the year before Browere’s death. Van Buren was then in his fifty-first year, and he lived until July 24, 1862. His life covered a longer era and his career witnessed greater changes in national life than those of any other man who has occupied the presidential chair. He was born and died in Kinderhook, Columbia county, New York; studied law with William P. Van Ness, the friend of Burr; and was admitted to the bar on attaining his majority. He was fitted by taste and temperament for politics, and politics were fitted for him."1 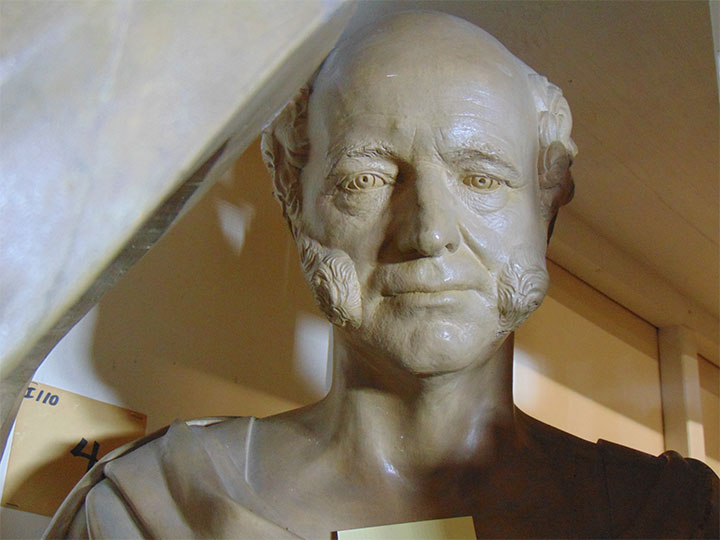 "As early as his eighteenth year, before he had a vote, Van Buren was chosen to take part in a local nominating” convention; and as soon as he could act, as well as speak, he became an ardent adherent of the Jeffersonian democracy. His first office was surrogate of his native county, which place he held for five years; and when, in 1811, the proposed recharter of the United States Bank was the leading question of Federal politics, Van Buren took an active part against the measure. The following year he was elected to the Senate of New York, and supported President Madison and the War with England, drawing up the resolution of thanks, voted by the legislature, to General Jackson for his victory at New Orleans."2

"In 1815, Van Buren became Attorney-General of New York, from which office he was removed four years later, owing to his refusal to adhere to De Witt Clinton, whose policy, excepting as regarded the canal, he did not approve. The politics of New York were in a most feverish and topsy-turvy state, and the many factions could not combine to elect a United States senator in 1818-19, until Van Buren, by his moderation and his genius for political organization, brought about order and harmony, and Rufus King, a political opponent of Van Buren, was chosen to the high office. Two years later Van Buren was rewarded by being also sent to the Senate, and about the same time was chosen delegate to the convention which reviewed the Constitution of New York. In this body he sought to limit the elective franchise to householders, that this invaluable right of citizenship might not be cheapened and the rural districts overborne by the cities. Unfortunately he was in the minority, or such a beneficent provision might have spread over the length and breadth of the land, so that the elective franchise would have retained the value of its high prerogative, and not become the valueless and unwieldy burden that it now is. Van Buren also opposed an elective judiciary, in both of which positions he was in opposition to his own party."3 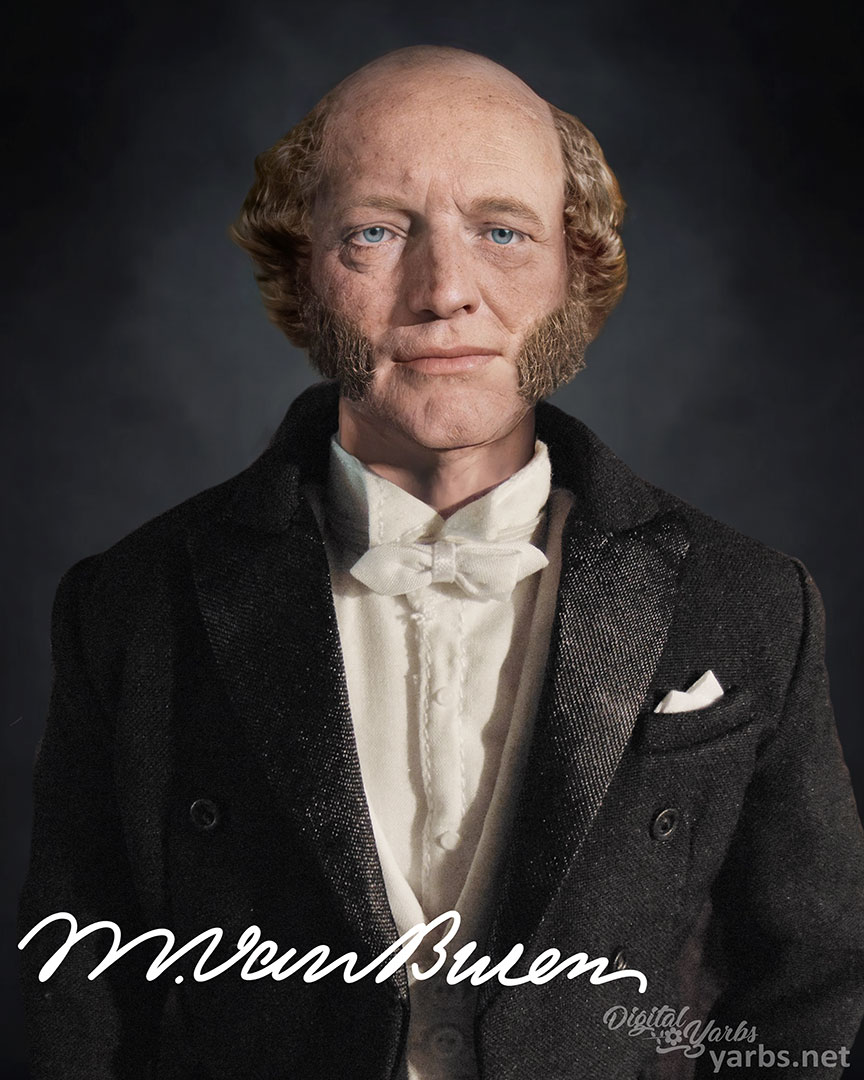 "In the United States Senate he was for many years chairman of the Judiciary Committee, and, on the Florida territorial bill voted against the increase of slavery. He was a strict constructionist of the Constitution, recognizing that as the only safe canon of interpretation for a fundamental law; and he had pronounced views in favor of State rights and against the power of the United States Supreme Court, to overthrow State laws, believing this contrary to the provision of the Constitution insuring the inviolability of contracts."4

"In 1828 he was called from the Senate to the gubernatorial chair of New York, and, supporting Jackson for the Presidency, was made by him Secretary of State, which office he resigned to accept the English mission; but, by the opposition of John C. Calhoun, he was not confirmed. This discreditable action increased Van Buren’s popularity, and he succeeded Calhoun as Vice-President for Jackson’s second term, soon being regarded as the lineal successor to the Presidency. He was elected, over Harrison and over Webster, pledged to oppose any interference with slavery in the slave States. The ruling act of his administration was one for the lasting benefit of the nation, which never should be forgotten. In his first message to Congress he deprecated the deposit of public moneys in private banks, which had followed Jackson’s removal of the deposits from the United States Bank, and urged an independent treasury for the safe-keeping and disbursements of the public money; but it was not until near the close of his administration that he secured congressional assent to the measure. This has been far-reaching in its beneficial effects, and too much honor cannot be accorded Van Buren, for his action in the matter, which has saved the treasury from great financial disruptions. Notwithstanding this, his administration went down in a cloud, and he was overwhelmingly defeated for a second term."5 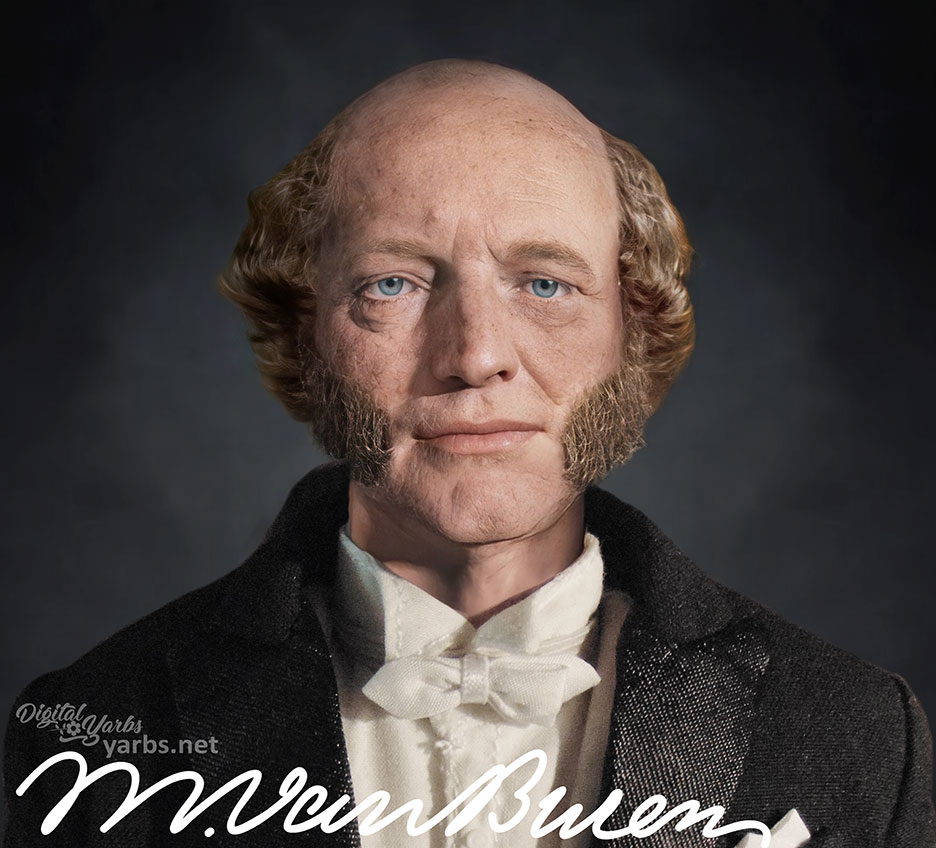 "Van Buren was opposed to the extension of slavery, but on all other points was an uncompromising Democrat. On this platform he was again nominated for the Presidency, in 1848, with Charles Francis Adams as Vice-President. The result of his candidature was the defeat of General Cass, the regular Democratic nominee, and the election of General Taylor. After this he retired from public life and devoted his time to the writing of his “Inquiry into the Origin and Course of Political Parties in the United States,” a work which has been called more an apology than a history. When the Civil War came upon the nation, Van Buren gave zealous support to the National Government. He was an intense partisan, masterful in leadership, reducing politics to a fine art. It has been well said that, “combining the statesman’s foresight with the politician’s tact, he showed his sagacity, rather by seeking a majority for his views than by following the views of a majority.” He was far from being a demagogue, and he was frequently found fighting on the unpopular side. His convictions were strong, and he adhered to them with tenacity. While from peculiar circumstances his public career has been the subject of much partisan denunciation, he is entitled, both for activity and ability, to a higher niche in the temple of fame than is commonly accorded him. Van Buren was small in stature and of blond coloring. The physiognomist would accord to him penetration, quickness of apprehension and benevolence of disposition, while the phrenologist would add unusual reflective faculties, firmness and caution."6

In the portrait comparisons below, Van Buren is shown in paintings circa 1828 and 1830 with brown hair. I reconstructed the life mask based upon these paintings. 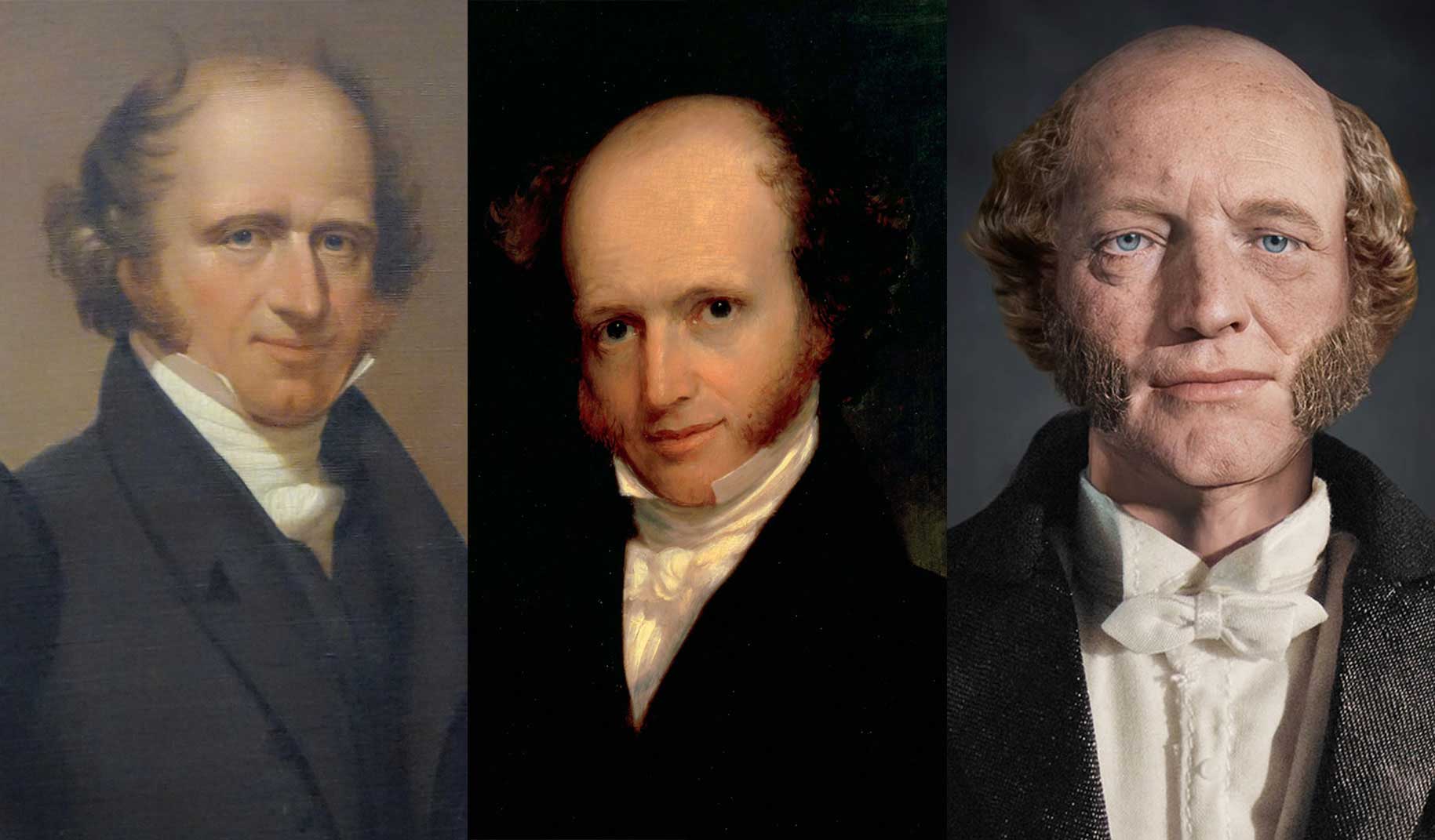