During the process of reconstructing the life masks of the United States Founding Fathers and other historical figures I have had many requests to do a reconstruction of the face of our fifth President James Monroe.

Sadly, no life mask of James Monroe exists. We only have his death mask showing us his true likeness. John Henri Isaac Browere who cast life masks of John Adams, Thomas Jefferson, James Madison and many other famous Americans had also hoped to cast Monroe from life however Monroe declined his request.

Just as there is a difference in life and death, so to is it with life and death masks. While I have no interest in reconstructing deaths mask as I have done with life masks, Monroe's status as a founding father and president has me considering tackling this project in the future nonetheless.

James Monroe spent the last few months of his life with his daughter in New York. He passed July 4, 1831 and was buried three days later. In this window of time Browere was able to cast Monroe's death mask; however, Browere feeling that the soul was gone never developed the mask into a portrait bust as he had done with his life masks. He left the eyes closed and hair unmodeled.

My feelings upon this death mask are summed up in Charles Henry Hart's "Browere's Life Masks of Great Americans" in which he states, "The masks that Browere made from the subject in full life, must not be confused in any sense with the more common mask made after death. This confusion could not occur with any one who has had an opportunity to observe Browere’s work;...... but persons not familiar with these portrait busts, and having only some knowledge of masks made after death, or of such life masks as Clark Mills made,—which are thoroughly death-like in their character,—might easily fall into such an error, and, looking upon the latter as repulsive and worthless as portraiture, give no heed to the different character and true value of Browere’s living likenesses. 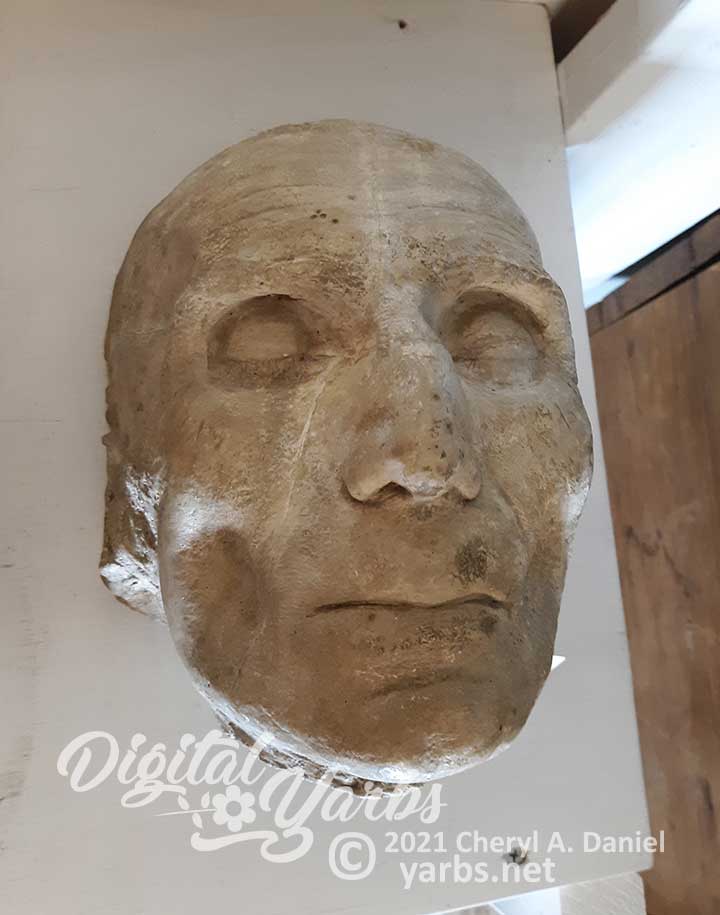