“George Washington (February 22, 1732– December 14, 1799) was an American political leader, military general, statesman, and founding father who served as the first president of the United States from 1789 to 1797. Previously, he led Patriot forces to victory in the nation’s War for Independence. He presided at the Constitutional Convention of 1787, which established the U.S. Constitution and a federal government. Washington has been called the “Father of His Country” for his manifold leadership in the formative days of the new nation.”1

According to George Washington’s Mount Vernon, “It took a transatlantic visit and a little flattery to encourage George Washington to sit for Jean-Antoine Houdon, one of the preeminent European sculptors of the 18th century.”3 Washington was not about to travel to Europe to sit for his life mask, nor did he have much time to do so in America. With a little persuasion from Thomas Jefferson and Benjamin Franklin, Washington was convinced to sit for Houdon. “Appealing to Washington’s penchant for fastidious record-keeping, they stressed that it was imperative to document his likeness for posterity.”3 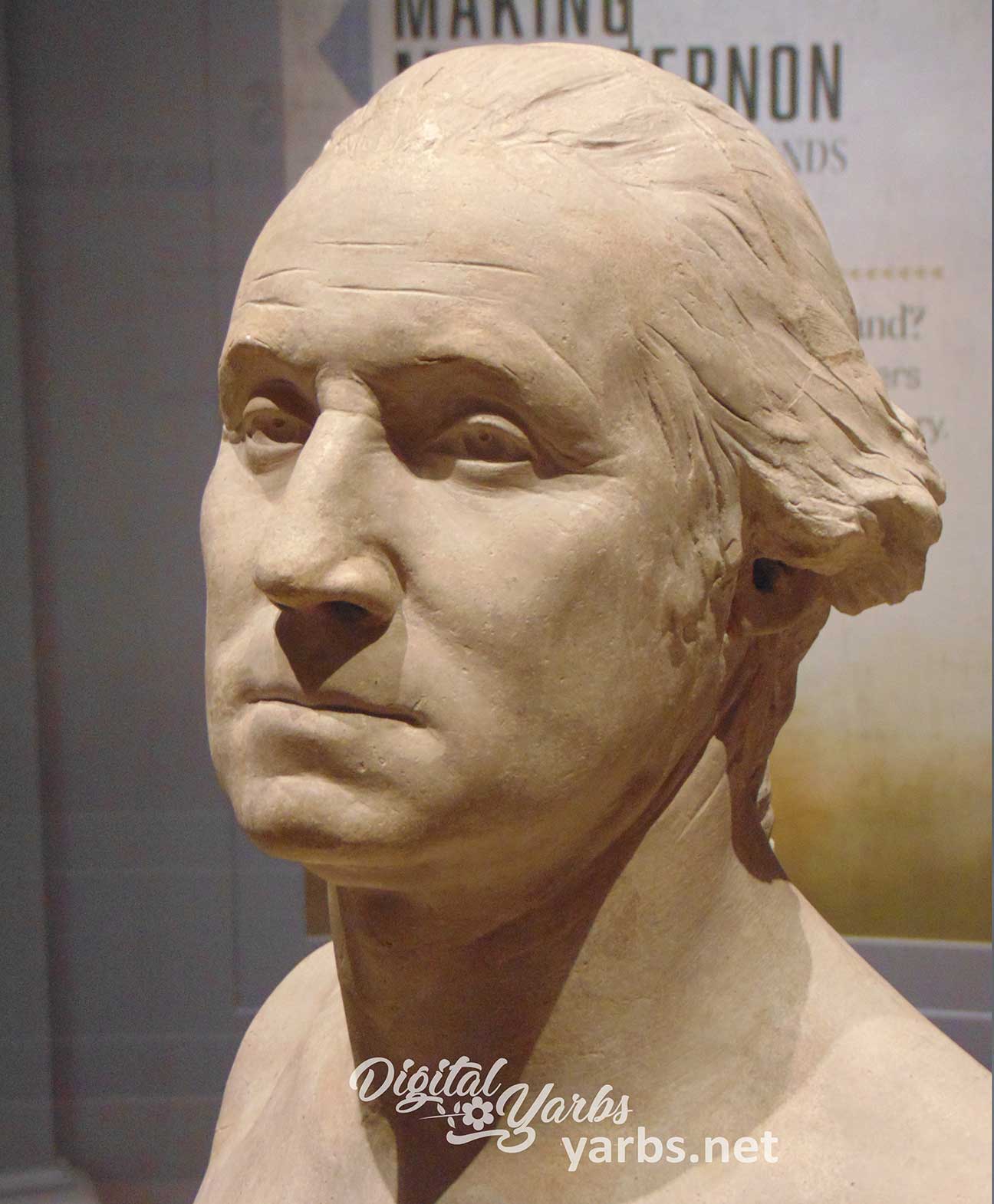 Houdon visited Mount Vernon on October 2, 1785 and stayed with Washington for two weeks.

“During his two-week stay, Houdon followed Washington around, observing his posture and expression. He also took detailed measurements of his body and created the life mask to serve as a model for Washington’s face. He applied grease to Washington’s skin, put quills in his nostrils so he could breathe, and then covered his face with wet plaster. This impression created a mould that, once dried, could itself be filled with plaster to create a positive image of Washington’s face. Because Washington necessarily had his eyes closed, Houdon had to hollow out the pupils of the plaster mask to give the face a life-like expression.”4 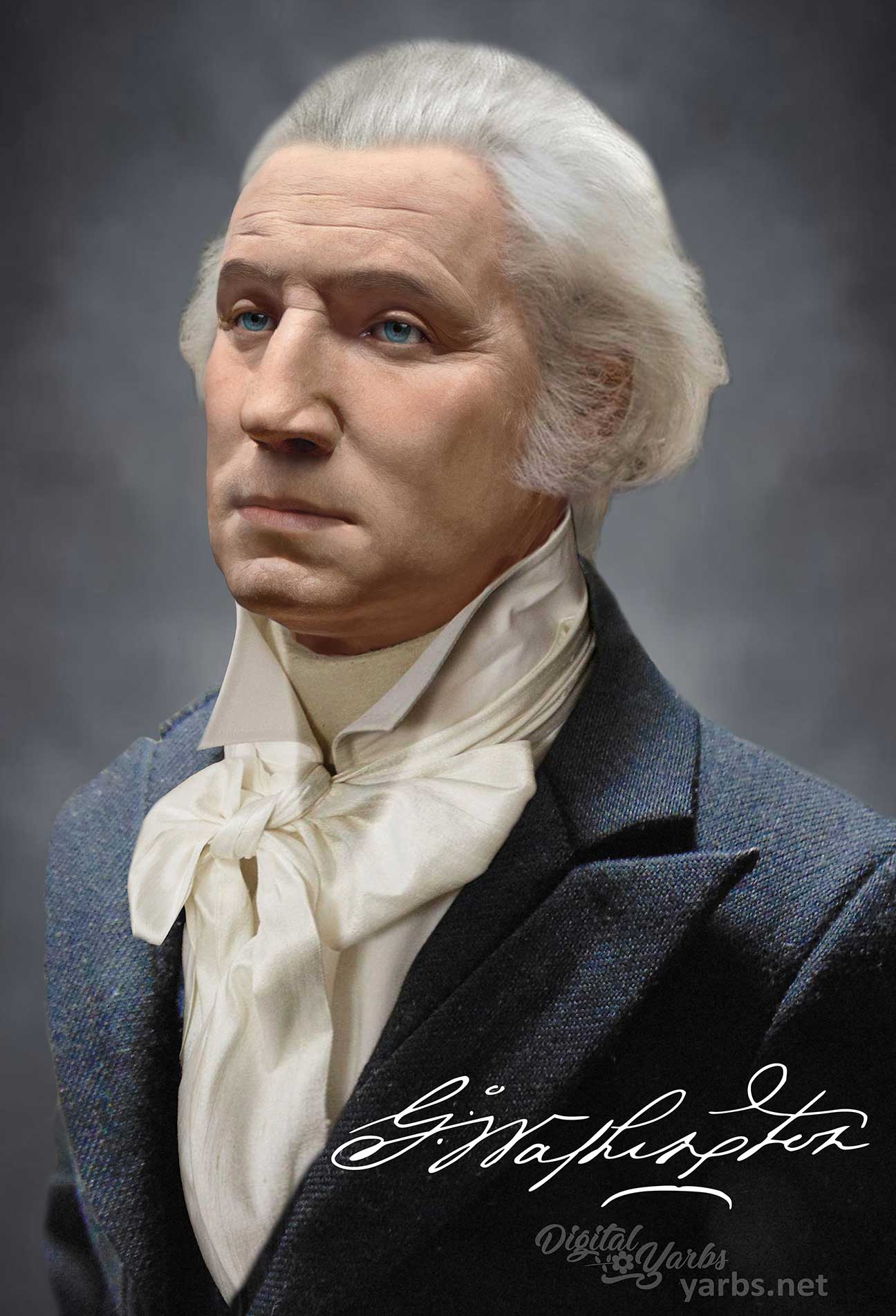 “Washington’s diary entry from October 10, 1785, indicates that he was fascinated by the process, and thoroughly documented the materials and method by which the plaster was prepared that day.”5

“In the servant’s hall adjacent to the Mansion, the General had laid down on a wooden table. His hair was pulled back, covered by a towel, while a large sheet protected his clothes. Oil was generously applied to his face, so that the hardened plaster of the mask would not adhere to his skin. Two large quills were placed inside each of the General’s nostrils to ensure he could breathe.”6 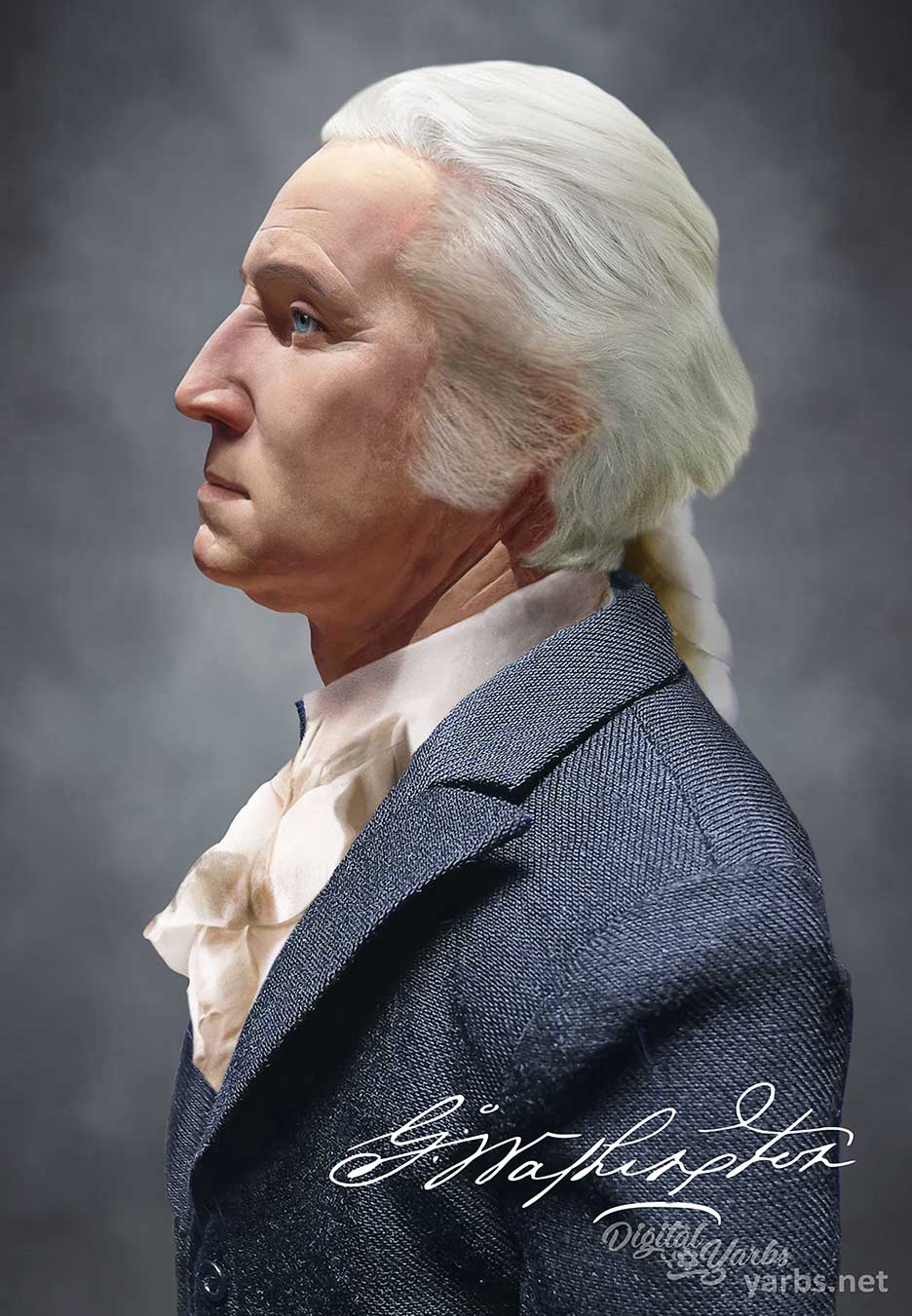 “Houdon took the mask back to Paris with him and used it to create the likeness of a final statue, which was erected in Richmond in 1796. Jefferson, the Marquis de Lafayette, and many of Washington’s relatives praised the statue as the most lifelike representation of Washington that had ever been made. By 1796, General Washington had become President Washington, and was just finishing his second term. He had become, if possible, even more famous than he had been in the 1780s, and Houdon’s statue drew national attention.”7

The mask itself was prized as the most authentic likeness of America’s first president. In order to make the positive mask, the mould had to be broken, so only one mask was ever made from the original mould. This mask is now in the collection of the Morgan Library in New York City, most likely purchased by financier and art collector J.P. Morgan on one of his many trips to Europe.”8

An earlier reconstruction of the life mask of George Washington. 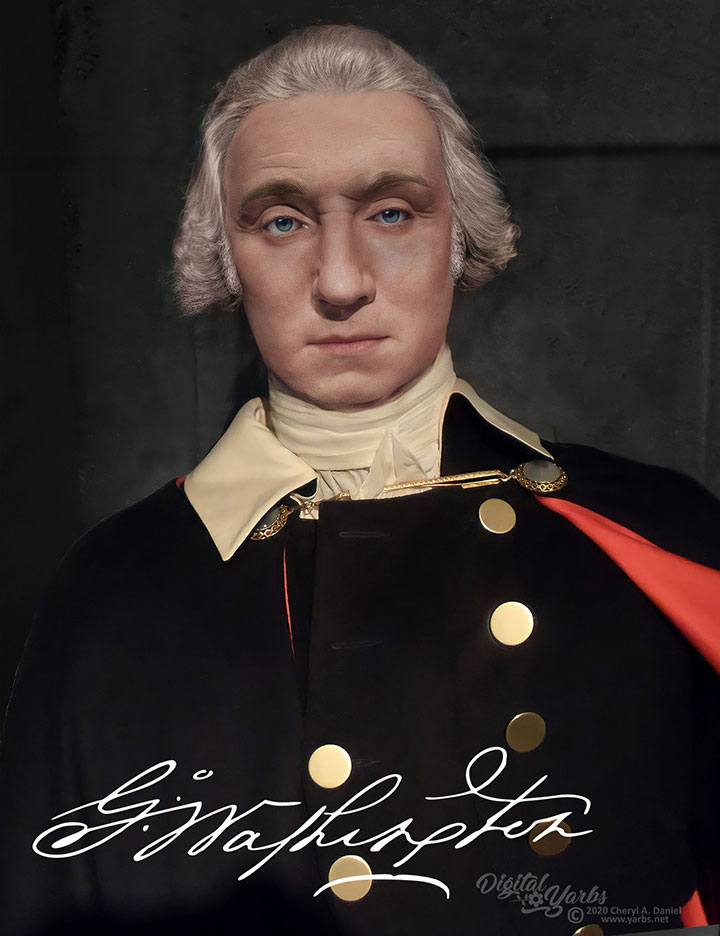 The Real Faces of George Washington